Levi Wells Prentice, a highly esteemed North American still-life and landscape painter, was born in Lewis County, New York on December 18, 1851. In addition to his amazing artistic talents, he also enjoyed the craft of making his own brushes, palettes, and frames. While living in Syracuse, New York, in the 1872, the artist began painting the Adirondack Mountains. He opened his first studio as a landscape painter in Syracuse, New York in 1875. 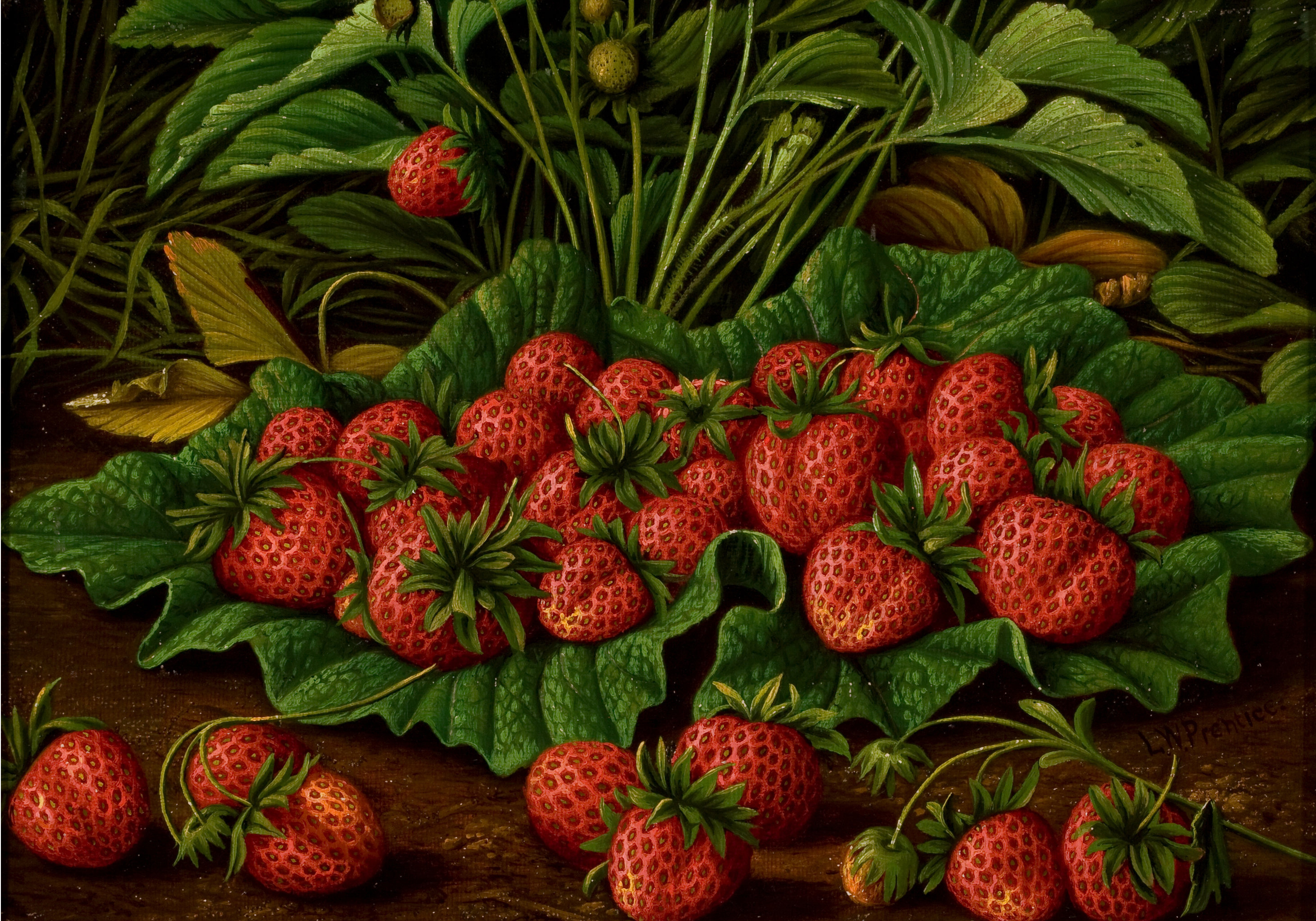 Prentice was a self-taught artist who utilized John Ruskin's truth-to-nature principles laid out in his book Modern Painters as a learning tool. Prentice is sometimes identified as part of the Hudson River School of artists known throughout the art syndicate in his locale, but its clear that he really belongs to a school all his own. Prentice is most notable for his realistic still life compositions of fruit organized within the constructs of landscapes or alternatively lavishly cascading from bushel baskets. He was a member of the Brooklyn Art Association and frequently exhibited his paintings there. In addition to painting landscapes that garnered much acclaim, during the late 1870's, Prentice made extra money accepting private commissions to paint portraits, decorated ceilings in private homes, and by designing furniture and homes.

Prentice married an English woman, Emma Roseloe Sparks, in Buffalo, New York in 1882 and had two children, Leigh and Imogene. The following year, they relocated to Brooklyn, where his work began to take on a new form as he began to focus less on American landscapes as a subject and became almost entirely focused on fruit still-lifes. He typically painted simple table-top arrangements of lifelike fruit set in various containers, detailed table centerpiece fruit arrangements in various containers, scenes of fruit spilling from baskets and bushels, and live fruit in its natural setting, often outdoors. His arrival to Brooklyn was well-timed with the city’s renewed interest in still-life painting. Prentice subsequently moved around from 1903-07 before settling in the Germantown, Philadelphia. However, his work did not gain much recognition until well after his death in the 1970's. 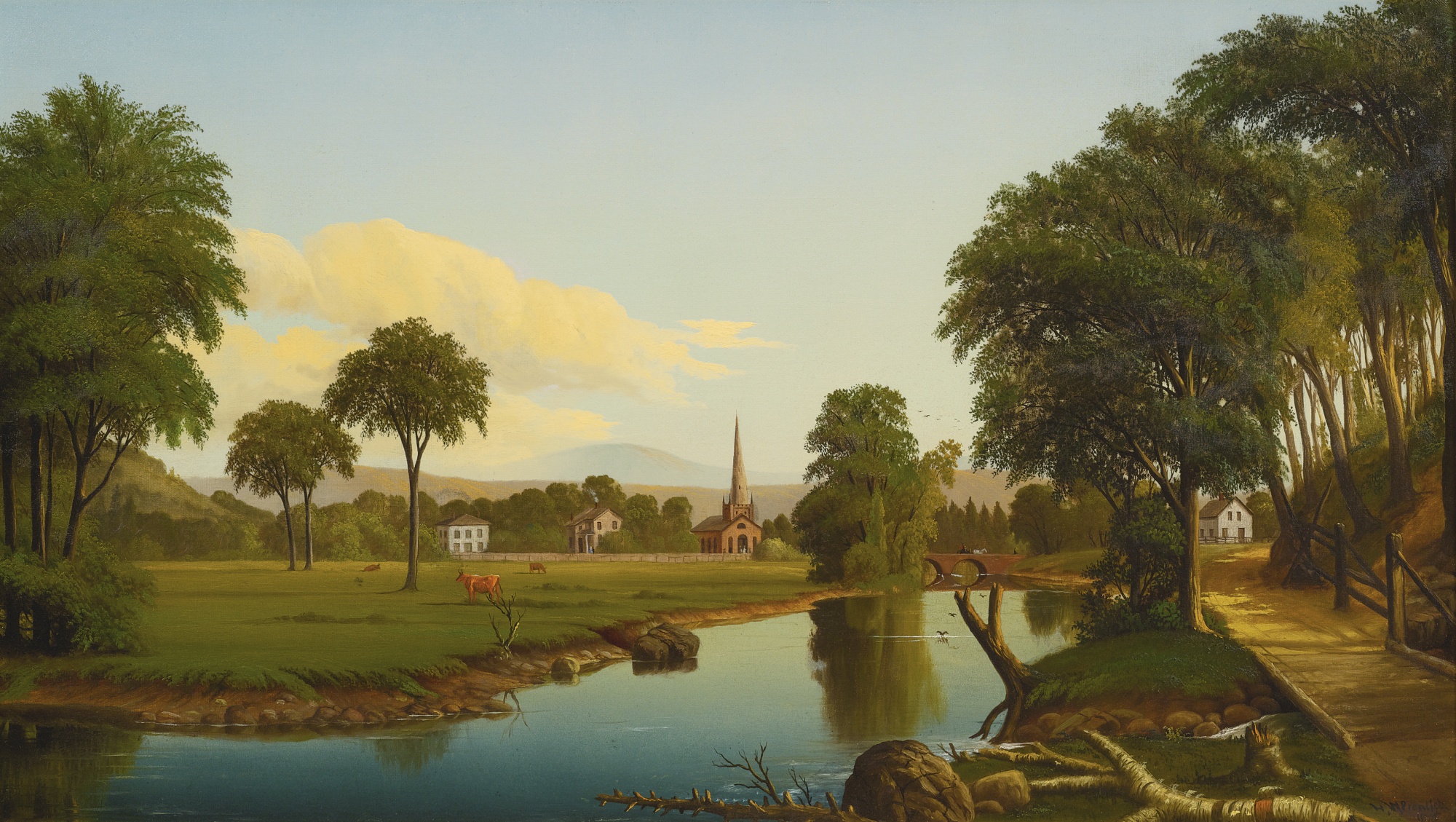 Prentice had a unique method of creating dramatic color contrasts. He was able to render a shift between dark background areas and the vividly bright colors in his depictions of fruit that lend to a very strong and cheerful visual. Further, the fruit depicted is notably clear and precise in form. These elements showcase his mastery of form and texture in his paintings. He is arguably the undiputed master of illusionism in terms of quality. Part of his technique was to sketch and photograph images he planned to paint so he could refer back to them while working on a piece.

In addition to his career as a painter, Prentice worked as a teacher and also crafted and gilded his own frames. He died on on November 28, 1935. His obituary in the Philadelphia Journal of Commerce remembered him as “a landscape painter and interpreter of the best in American natural scenery".